THE STORY OF A COMPANY 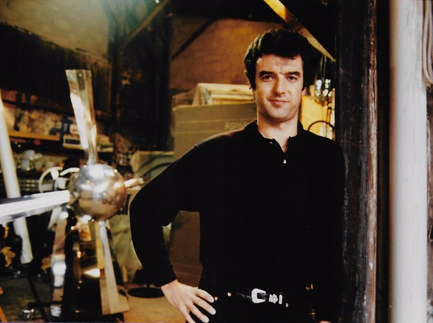 Yves Barta, an Air France flight attendant and magic enthusiast, joined forces with a colleague who introduced him to the great illusions. They performed together for two years.

In order to devote himself fully to his passion, Yves decided to leave Air France and build his own effects: appearance, levitation, and disappearance of a car; the flying-man number; the morphing effect (transformation of one person into another); live teleportation, and more. 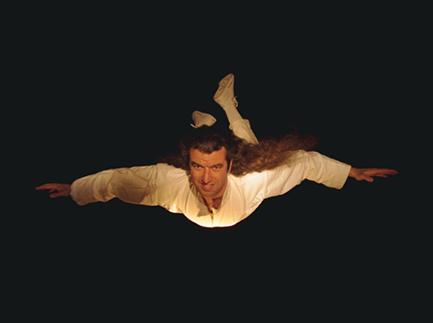 Yves appeared for the first time on the famous French variety show Sacrée Soirée with the “flying man” number. Unique in Europe, this routine whipped the press into a frenzy – and did the same to the American David Copperfield, who sued him over a similar effect.
Impressed by the standard of Yves Barta’s illusions, Gérard Louvin signed an exclusive contract with him for the creation of a show called Kaliopy: The Magic of the Mind, designed in Montréal and co-produced by Guy Laliberté and Cirque du Soleil.
Having worked with Philippe Decoufllé and Jérome Savary on the production of Kaliopy, Yves Barta worked with director Guy Caron of Cirque du Soleil. Enchanted by the project, several world-renowned artists joined the team, including Yves Aucoin, Benoit Jutras, René Bazinet, Liz Vandal.

The show’s original $10 million budget soon doubled, and it became necessary to seek out co-producers, like Sony Entertainment, to finance it. Following a disagreement over the distribution of shares, the show was suspended. Yves returned to France to pursue his passion, going it alone this time, but stronger for the experience. 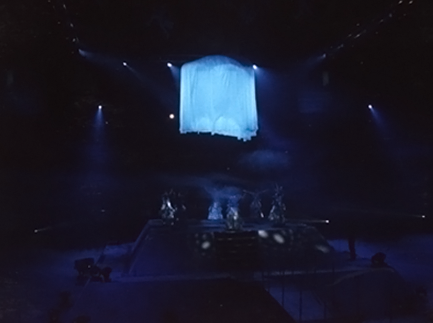 After carrying out over a hundred live events in France and abroad, Yves Barta offered his expertise to singer-songwriter Pascal Obispo in 2003. What followed was a long and close collaboration on the Fan tour, for which Pascal Obispo earned the “Musical Show of the Year” award at the prestigious Victoires de la Musique. They continued their collaboration with the Fleurs de Forest tour and on the musical comedy Adam et Eve.

Yves Barta has also collaborated with artists such as comedian Dany Boon for his 2006 show Waika, Eric et Ramzy, and more. 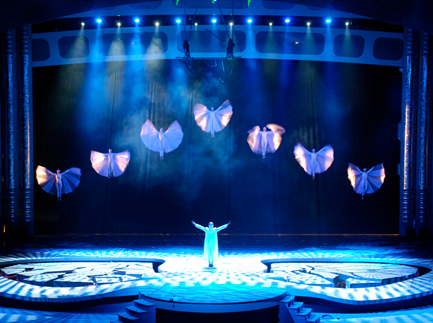 In 2007, Yves Barta’s illusions caught the eye of the artistic director of one of the world’s largest casinos, located in Malaysia. He asked Barta to design a unique show bringing together magic, dance, and high-flying acrobatics, all against a backdrop of innovative special effects. The show, Fly, Defy Gravity, immediately met with resounding success and sold out seven days a week for a year. 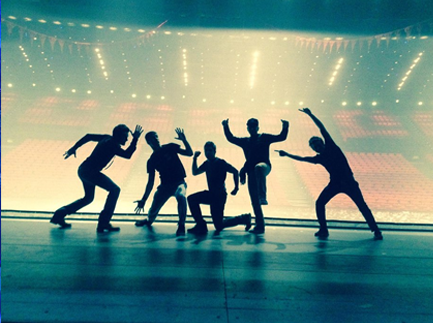 Fantasmagorie, well-known for its custom design of shows, special effects, scenery, and costumes, is becoming a major player in the world of spectacle. It continues to offer its expertise to shows and to prestigious brands, and it is becoming increasingly open to the world of film and television. The company strives to continue developing new skills in new sectors in order to transcend its clients’ dreams.

WOULD YOU LIKE TO BE PART OF THIS STORY?

To request information, to meet us, to submit an idea or a project, to join our team, or just to see if we truly exist…